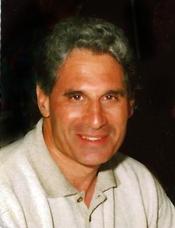 age 68 of Tampa died Wednesday, August 15, 2012. After earning a degree in political science, Neal served as a captain in the US Army. Later, Neal began his pursuit of a law degree, but opted, instead, to leave his native New York and with the support of his wife open several retail greeting card stores upon moving to Tampa thirty-nine years ago. He successfully co-owned and operated these stores for nearly thirty years. He was a member of Congregation Rodeph Sholom and the Avila Country Club. Neal had a contagious sense of humor that brought joy and laughter to everyone around him. His enduring love and passion for sport, sense of adventure, and boundless energy for living took him on trips around the world. Beyond that, Neal's deep moral compass, selflessness, and genuine desire to be connected to others made him a sought after friend and an adored husband, father and grandfather. Survivors include his beloved wife of forty-six years, Ellen, daughter and son-in-law, Deborah and Marc Metrick, cherished grandsons, Harrison and Charlie of New York, NY, and son and daughter-in-law, Michael and Sara Crystal of Berkeley, CA, brother and sister-in-law, Robert & Wendy Crystal of Atlanta, GA, and numerous extended family, nieces, nephews and friends. Funeral services will be held Sunday, August 19, 2012, 12:30 PM at Congregation Rodeph Sholom, 2713 Bayshore Boulevard, Tampa. Interment will follow at Gan Shalom Cemetery. In lieu of flowers, memorial contributions may be made to the A.L.S. Association, 42 Broadway, Suite 1724, New York, NY 10004 or the Hillel Academy, 2020 West Fletcher Avenue, Tampa, FL. 33612.