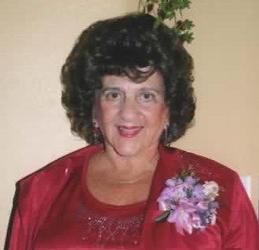 Lurie, Norma passed away on June 18, 2015, she was 86 years old, the widow of Allan Lurie, was born in Newton, Massachusetts and then moved to Tampa in 1972 where she received her Master's degree in Education from the University of Tampa. After teaching she became a 30+ year volunteer in Tampa General Hospital's NICU and with Temple Beth Tikvah in Palm Harbor. She loved baseball, football and ice cream sundaes. She leaves her children Diane Berg of Huntington Station, New York, Donna (Philip) Tenenbaum of Houston, Texas, David Lurie of Tampa and Debra Cutler Lurie of Tampa, grandchildren Daniel Berg, Jonathan (Grace) Berg, Robyn Tenenbaum, Alan (Lisa) Tenenbaum, Joshua Lurie, Noah Lurie and Dayna Lurie and three great grandchildren, Joseph Berg, Oliver Berg and James Tenenbaum. In lieu of flowers the family requests that donations may be made to a charity of choice in Norma's name. Graveside service will be Monday June 22 at 2pm at Myrtle Hill Cemetery in Tampa.