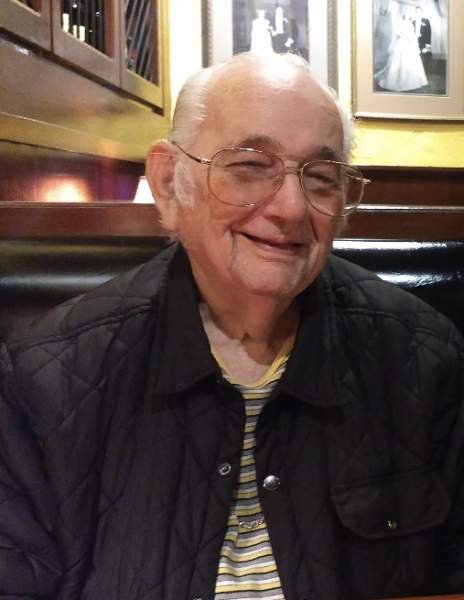 REITANO, Paul F. was a Master Upholsterer, originally from South Philadelphia, who was 22 years old and self-employed when he enlisted in the Pennsylvania National Guard from 1957–1960. He actively trained as a medic and was awarded the “Marksmen Metal” for riflery at Ft. Knox, KY. He then transferred into the United States Army Reserve from 1960 – 1963. After honorable discharge, he opened “Paul’s Auto Seat Cover Shop” in Hammonton, New Jersey. He spent his life as a true craftsman bringing his artistry to each piece of furniture, automobile seat, headliner and marine craft that he upholstered. After moving to Florida in 1981, he became “Paul’s Custom Upholstery” and used his incredible talent to upholster privately owned airplanes that he customized and made luxurious for his clients in Florida. Paul learned upholstery at a young age from his uncle, Henry Eintracht, and he would continue in upholstery until he reached 80 years old. Paul lived for 85 years and passed away on Monday, April 5, 2021. From the day that he was born, December 15, 1935, Paul was kind, generous, helpful to everyone and had a twinkle in his hazel eyes that sparkled when he joked and smiled at you. With South Philly street smarts and a bit of a tough guy persona when needed, he preferred to be happy and was always ready to sing and dance! Paul was predeceased by his parents Charles and Nancy (nee Eintracht) Reitano and his fun, beautiful, and loving wife of 45 years, Josephine L. (nee Weinberg) Reitano.
When Paul met Josie, it was love!

REITANO, Josephine L. “Josie” was born on September 1, 1934 in Philadelphia and passed on May 30, 2015. She often asked her parents Irvin and Bertie (nee Gordon) Weinberg how they could name a Jewish girl, Josephine. With a fabulous sense of humor, she lived 80 years and, during that time, she was an award-winning saleswoman. Her ingenuity was apparent by the newspaper ads that she would create to convince clients to purchase advertising space in the “Times” newspaper in Northeast Philadelphia. She was a woman in a man’s work world and she sold more ads than any of her male co-workers. While her red hair, black fishnet stockings and high heels made her unique, they were secondary to the wit, humor, creativity, and sales talent she would display throughout her life. Josie spent some time as advertising director in Cherry Hill, New Jersey until she and her husband Paul decided to relocate to Florida to be with Donna (nee Brandow) Faza, their daughter who Paul raised from the age of 10. Once in St. Petersburg, FL, Josie’s indomitable spirit led her to open a small “shopper” paper she named, the “Courier Pigeon.” Josie and Paul moved from Westmont, NJ to St. Petersburg, FL in 1981. Shortly after, they became grandparents to Brandon and Colton Faza, who Paul consistently coached to become doctors - and they did!

Mom (Bubbie Josie) and Dad (Pop Paul), you are missed greatly and forever in our hearts.
Donna, Martin, Brandon, and Colton