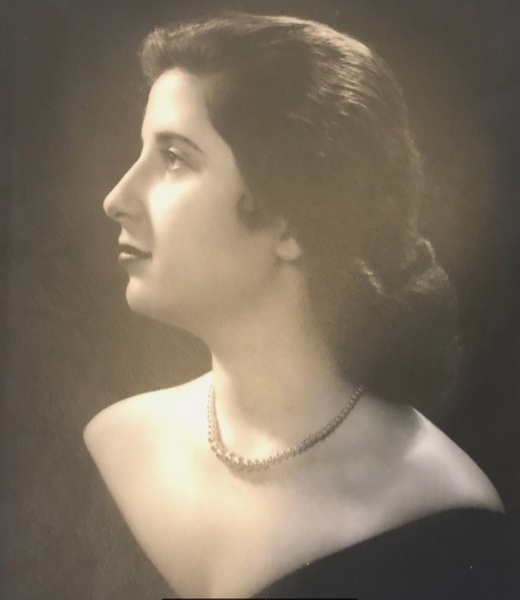 
Rana Leah Levy (nee Roberta Kempler Paul), widow of the late Rabbi Mordecai Levy z'l and resident of the Cameron ALF of North Tampa, died on January 14 of complications from Alzheimers. Born April 5, 1938 in Chicago, IL to parents Miriam and Emil Kempler, she was one of two siblings. She lost her older brother Kenneth Kempler at a young age. She also lost her father at a very young age and after her mother remarried the family moved to San Antonio, TX.  Two years later she met her bashert, Rabbi Morton Levy.  (The couple officially took Hebrew names in the early 1960's.) They married in 1955 in Washington, D.C. She exemplified the role of a Rebbetzin.  She was past president of the Women's Zionist Organization of America, educator and lecturer, president of Hadassah and Brandeis Women, and education coordinator. She co-led several trips to Israel and was also a Board member and the recipient of the Margaret Sanger Award in recognition of her service to Planned Parenthood. Her husband's rabbinic career took them to Washington D.C., Cleveland, OH, Louisville, KY, Boston, MA, Philadelphia, PA, Rock Island, IL, Lakeland, FL and Tampa, FL. When the couple lived in Tampa following Rabbi Levy's retirement, they were very active members of Congregation Kol Ami. They considered themselves part of the Kol Ami family. Rana is survived by her three children: Baruch Levy of Alexandria, VA, Ramni Levy of San Francisco, CA, and Eytan Levy of Toronto, ON, Canada;  her daughter-in-law, Cantor Sharon Brown-Levy of Toronto; and four grandchildren: Gideon Levy of Miami, Batya and Aviva of Virginia, and Mattan Levy of Toronto. Family asks that donations be made to an organization of your choice,  or to any fund at Temple Sinai Congregation of Toronto, contact the temple office at 416.487.4161.

The funeral for Rana Leah Levy z”l, will be held on Tuesday, January 19 at 2pm. The Zoom link is:

The family will be receiving virtual visitors on Tuesday, January 19 beginning at 5pm. Virtual Ma’ariv minyanim will be held at 6:30pm on Tuesday, Wednesday, Thursday, Saturday, and Sunday. The Zoom link is: