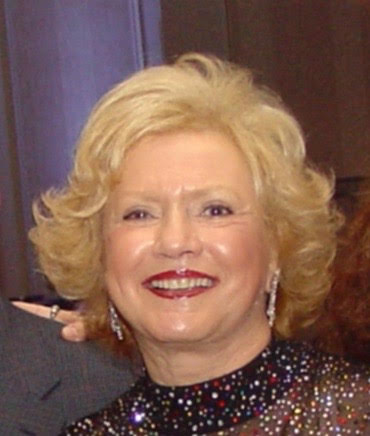 79, a graduate of Queens College, moved from New York, to Tampa, FL in 1961 with her husband, Joel Karpay and first-born, Bonnie. She is survived by her loving husband and lifelong partner of nearly 59 years, Joel, her three daughters, Bonnie Karpay, Lori Karpay and Bevie Tannenbaum, son-in-law, Arnie Tannenbaum, and her five grandchildren, Matthew, Austin, Jordan, Courtney and Evan.

She was a successful real estate broker for many years and eventually joined her husband, Joel, as a stockbroker where she focused on educating women on the importance of managing their own finances.

Rhoda was beloved and admired particularly in the Tampa Jewish community where she served on various committees, most recently active in the Tampa Jewish Federation and Tampa Jewish Family Services. Throughout her life, Rhoda received awards for her achievements, some of which included Women’s Division Campaign Chairwoman 1974-1975, Women’s Committee Chairwoman on the Jewish Community Council 1976-1977, Tampa JCC/Federation Vice-President Women’s Division 2002-2004, recipient of the Leonore Kessler Memorial Women’s Campaign Award from the Tampa JCC/Federation 2002, Women of Distinction 2010 and Distinguished Community Service Award by the ADL 2010, among many others.

Rhoda will be remembered for her tireless efforts and dedication to her community and her family who will dearly miss her.

In lieu of flowers, the family is requesting donations be made to Congregation Schaarai Zedek or the Susan G. Komen Foundation.