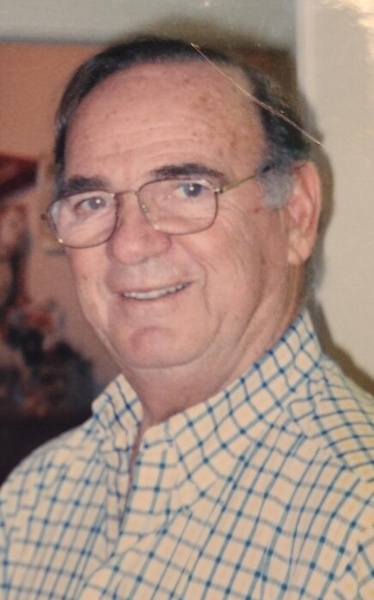 FRANZBLAU, Robert Mark, “Bob”, 93, passed away peacefully at his home in Tampa on September 16, 2021. Bob was born on December 9, 1927, in Brooklyn, NY to Abe and Myra Franzblau. Bob attended the New York State Maritime Academy, Fort Schuyler, graduating in 1947. He married his life partner, Jo Zimmer, in 1954. They were together for 61 years until she passed in 2015. Bob and Jo moved to Tampa in 1956 and lived on Davis Islands at a time when the phosphate ash from Seddon Island’s loading dock still collected overnight on the jalousie windows of Tampa. Bob bought the failing Thompson Cigar Company in 1960, which was located on N. Edison Ave, near the campus of the University of Tampa. Under his careful guidance the business turned around, and survived the Cuban Embargo which dramatically disrupted the US cigar industry. In the 70s and 80s, Bob used colorful catalogs and toll-free, 800 number ordering to offer an unmatched selection and industry leading customer service to cigar smokers from all 50 states. These innovations caused Thompson Cigar Company to grow and be well-positioned for the coming cigar “boom” of the early 90s. By the start of the 1990s, daughter Alix and son, Carlo joined Bob and Jo, turning Thompson into a multi-generational, family business. Additional catalogs were added to the Thompson Group businesses: Casual Living (gifts and apparel) and The Linen Source (bedding and window treatments). At its height, The Thompson Group businesses employed approximately 800 Tampa Bay area residents. In the early 2000s Thompson Cigar built a formidable presence on the internet and in on-line sales. Bob was very proud that Thompson became one of the pre-eminent mail-order and on-line cigar businesses in the US, and he successfully sold the business to a global tobacco company in 2018. Throughout their lives together, Bob and Jo travelled frequently and extensively in Europe, Central America, the Middle East, and Asia for business and pleasure. Wherever they went, Bob and Jo made business relationships that withstood the test of time as well as life-long friendships. Bob and Jo also started their art collecting both while travelling overseas and in the local galleries of Tampa and Sarasota. Bob was a life-long boater, and one of the first members of the Davis Islands Yacht Club. He was a competitive sailor and then a (somewhat) competitive fisherman later in life. His greatest joy in fishing was catching large bill fish on ultra-light tackle. He also took great pleasure in hosting business associates, employees and friends on his series of sport fishing boats in locales that included Key West and Puerto Aventuras, Mexico. For 50 years, Bob and Jo were very involved in local arts organizations and other efforts to build the cultural offerings in the Tamp Bay area. They were founders of the Tampa Bay Performing Art Center (now the Straz Center). They supported the Tampa Museum of Art, the Florida Orchestra, WEDU, USF’s Art Colleges and Graphic Studio, Stageworks, The Dali Museum and numerous other local charities and civic organizations. One particular interest of Bob’s was the American Victory Ship. Together with a classmate from his Merchant Marine Academy days, Bob was instrumental in bringing the ship to Tampa and getting it established as a local institution. Bob is survived by his children Alix (Ron Sherman) and Carlo (Beth) and his grandchildren Olivia, Max and Ethan, all of whom love him deeply and will miss him greatly. Bob took special interest in mentoring and supporting young entrepreneurs in the local business community and in the cigar business. Bob will be remembered with tremendous respect and affection in both the Direct Marketing industry and the Cigar industry. A private memorial family service will be held on Sunday, September 26 at 1:00 pm at Congregation Schaarai Zedek. The service will be live streamed here. The family asks that anyone wishing to make a donation in Bob’s name, please do so at one of his favorite charities: Southeastern Guide Dogs, SS American Victory Mariners’ Memorial and Museum Ship or the State University of New York Maritime College.