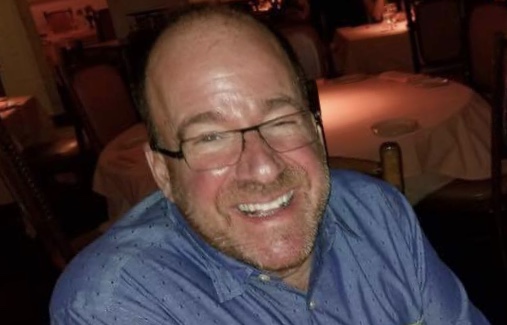 Ronald A. Fried, 58, a highly regarded leader of the American Hospice movement and an inspiration to all he touched, died Monday, April 23, at his home in Tampa, FL, with his wife Cheryl Hamilton Fried at his bedside and surrounded by close friends and faithful pets. A former Chairman of the Board of Directors of the National Hospice and Palliative Care Organization, a long-time executive with VITAS Healthcare, one of the nation’s oldest and largest hospice providers, and someone who, as a young legislative staffer helped write and win passage of some of the nation’s first hospice legislation, Ron passed away peacefully under the compassionate care of his friends at LifePath Hospice.

In support of the hospice movement in Florida and nationally, Ron served as a member of and Vice President of the Board of Directors of Florida Hospices and Palliative Care Association and as a member of the Board of Directors of the Hospice Action Network. He was elected and re-elected to the Board of Directors of the National Hospice and Palliative Care Association and served as its Chairman in 2013–2014. In these roles, Ron advocated for expanded access to hospice and comprehensive end-of-life care for all who could benefit from it, accountability and quality standards for the nation’s hospices, and a strong voice in public policy for hospice patients and their loved ones.

Ron’s career covered a breadth and depth experiences unique to those who make their mark among hospice providers. He is best known for his two tenures with Miami-based VITAS, where his portfolio included business development, mergers and acquisitions, and public policy and regulatory affairs. He also led acquisitions and joint venture initiatives for Tustin, CA-based Sun Healthcare Group. During the first Internet boom, Ron took a temporary break from healthcare to lead business development and mergers and acquisitions for eGLobe, Inc., an application services provider, and he later handled the same responsibilities for New York-based Register.com, a provider of Internet domain name registration services.

Early in his career, Ron served on Capitol Hill as a Legislative Assistant to legendary Florida Congressman Claude Pepper and as a public health policy advisor to former Florida Governor Bob Graham. In 1991–1992 he was National Finance Director for Nebraska Senator Bob Kerrey’s campaign for the Democratic presidential nomination.

Ron is survived by his beloved wife, Cheryl Hamilton Fried. Ron and Cheryl were great and dear friends for 25 years, and they fell deeply in love nearly five years ago. Other survivors include his daughter Nora Fried of Brooklyn, NY; stepdaughter Audrey Hamilton of Tampa, FL; his brother Brandon Fried and sister-in-law Kim Fried of Chevy Chase, MD; his stepmother Tina Fried Heller of Washington, DC; and his cherished canine companions Sula and Sammy. He also leaves behind scores of heartbroken friends and colleagues from the worlds of politics, public policy and advocacy, hospice care, business, and Washington baseball and football fandom—all of whom will forever remember his wit and compassion, intellect and ethical compass, commitment and joie de vive.

A native of the Washington, DC, area, Ron graduated from the University of Maryland, College Park, and rooted passionately as a youngster for the woebegone Washington Senators and as an adult for the Washington Nationals. And always for the Washington Redskins. He felt just as passionately about his adopted Florida home and the life he built there with Cheryl, creating a lifetime of experiences in their four-and-a-half years together. His many loves and interests included travel, running, tennis, hiking and other outdoor pursuits—and politics.

Ron’s life will be celebrated by his family and many friends and colleagues at a Memorial Service and Celebration of Life on Sunday, May 6, at 2 p.m. at Congregation Beth Am, 2030 W. Fletcher Ave. Tampa, FL.

In lieu of flowers, Cheryl requests donations, per Ron’s request, to either of his favorite causes: the National Hospice Foundation, Alexandria, VA, and/or Homeward Trails Animal Rescue, Arlington, VA.

** The service will be live streamed at the following web address for people who cannot attend the service: http://www.bethamtampa.org/prayer1/live-streaming **