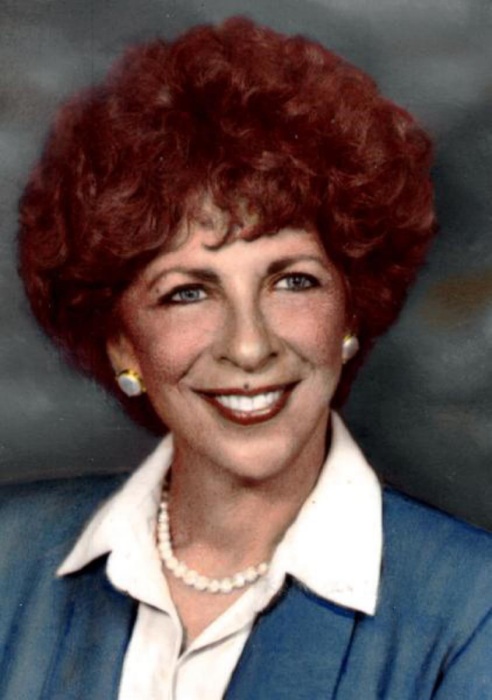 ERNST, Sandra Sue, 83, of Tampa, Florida passed away peacefully at home on Monday, April 6, 2020.  Sandy is predeceased by her parents and her brothers Larry Levitt (Rosemary) and Les Levitt (Edith).  She is survived by her husband of 59 years, Sherwin Ernst; her three children, Matthew Ernst (Stacey), Lynda Ernst-Whery (Michael) and Jon Ernst; and her granddaughter, Hannah Sarah Ernst. Sandy was born on February 7th, 1937 to Morris and Sarah Levitt in Denver, Colorado.  After graduating early from Denver’s East High School in 1954, she moved to Brooklyn where she spent her days working at a Wall Street bank and her nights performing as a torch singer in Manhattan. Soon thereafter she moved to Chicago where she eventually met and fell in love with her future husband, Sherwin. As a young woman in Chicago she found work in various arenas including portraiture artist, promotional modeling, jewelry sales, and the insurance industry.  Ultimately she spent most of the 1970’s as a highly sought after publicist for live theater in the Chicago area at venues such as The Goodman Theater, Orphans, The Body Politic and many more. In 1980 Sandy and family headed to the mountains of Boulder, Colorado and at the ripe old age of 45 she finally learned how to drive for the first time in order to pursue a career in real estate which would become her life’s passion. In 1984 the family moved to Tampa, where Sandy went to work for Merrill Lynch Realty and Prudential Florida Realty before finding her long-time home at RE/MAX for the past 27 years.  Along the way she earned much professional recognition resulting from her tireless work ethic and how much she truly cared for her clients. A private memorial service took place at Segal Funeral Home in Tampa on April 9, 2020.  Due to current circumstances, the funeral service and interment were restricted to immediate family only.  A celebration of life will be planned and announced at a future date.  In lieu of flowers, memorial contributions can be made to your local Humane Society.