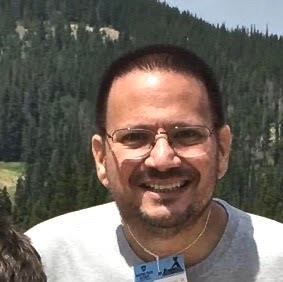 ZIELONKA, Stephen “Steve” Paul, 52, passed away peacefully in Colorado on December 7, 2020 after a seven-year battle with cancer. Born at Vandenberg AFB in California to Paula and Carl Zielonka, Stephen grew up in Tampa where he was President of the youth group, SchZFTY, at Congregation Schaarai Zedek. He graduated from Tampa Preparatory School in 1986, obtained his BBA from Tulane University in 1990, and his MBA from Georgia State University in Atlanta in 1998. He remained in Atlanta where he was the Direct Marketing Coordinator for two radio stations, 99X and Q100.5; executing all direct marketing, email and listener loyalty programs; growing and managing the largest radio station listener database in the country; developingnon-traditional revenue sales packages and promotions; and managing over 100 interns. In 2006, he moved to Denver, Colorado where he continued to do media marketing for California based company, Presslaff Interactive Revenue. More recently, he worked for Amazon in Denver. He volunteered his time with ThyCa (Thyroid Cancer Survivors Association) and atAnschutz University of Colorado Hospital (UCHealth), serving as Co-Leader of the of a support group for thyroid cancer patients and working in the hospital’s infusion center.

An avid sports fan of the Tampa Bay Buccaneers, North Carolina Tarheels basketball, Tulane University sports teams, and English soccer, Stephen held Bucs season tickets even while living in Denver. Every year, he and his father attended the ACCbasketball tournament where Stephen cheered for his beloved Tarheels while his father cheered for the Duke Blue Devils, his alma mater.

He had a passion for rock music, never missing a concert of his favorite artists. Although a fan of a wide variety of music, the Beatles were his special favorite; and he amassed an amazing collection of Beatles memorabilia.

A talented writer who easily made friends in whatever endeavor he pursued is evident in the outpouring of messages, calls, and posts from friends and colleagues around the country. Stephen is survived by his parents, Paula and Carl Zielonka of Tampa, FL; his sister Caryn and husband Amnon Izhar of Newton, MA; nephews Noam and Shai Izhar of Newton, MA; aunt Deborah and husband James Vink of Boulder, CO; aunt Jacqueline and husband Sheldon Fleschman of Plano, TX; first cousins in Plano, TX; Calabasas, CA; San Francisco, CA; and Gastonia, NC; as well as a multitude of other cousins and friends from around the country and in Israel.

A memorial celebration on December 20 at 2:00 PM by Congregation Schaarai Zedek on Zoom. Memorial contributions can be made to ThyCa at thyca.org, URJ Camp Coleman in Cleveland, GA at campcoleman.org, or a charity of your choice.