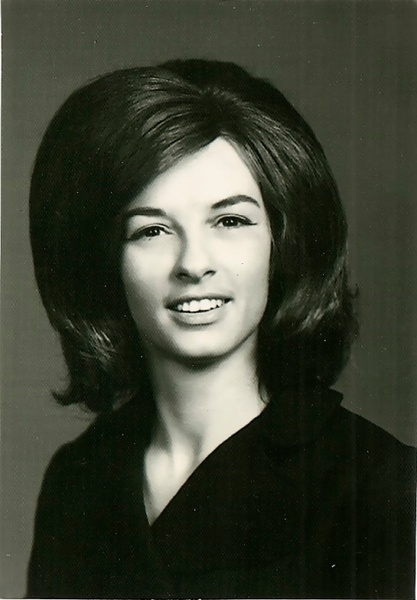 Virginia Kaye Johnson, 77, of Tampa, FL passed away Friday, October 22, 2021 in Tampa. A namesake of her mother, Virginia most often went by the name Kaye. She was born November 28, 1943 in Grand Forks, ND to Orland Jerome Lund and Virginia Marie Lickteig. She grew up in Grand Forks and graduated early from Central High School in 1960. She then went to Aaker’s Business College and worked in various secretarial positions. Kaye always valued an education and so, as a single mother with a small child in tow, put herself through college, graduating from the University of Oklahoma in 1971 with a degree in Business Administration. She furthered her career by receiving a CPA license, cementing her role in the world of finance. This was a passion that continued throughout her life. In Grand Forks she was a Supervisory Accountant at the Grand Forks Air Force Base, was Treasurer-Controller at First Federal Savings & Loan, and was Operating Accountant at the Grand Forks Energy Technology Center within the U.S. Department of Energy. Her final position was as Director of Financial Services at the Energy & Environmental Research Center, retiring in 1997 after 14 years of service. Kaye has a daughter, Corey Holt Merenda, with her first husband, Richard Holt. Although she and Richard divorced in the early 1960s, they remained friends all these years. After returning from Oklahoma, Kaye married Gary Johnson in 1974. Together with his young daughter, Stacey (Todd) Thorsell, the family went on many fun excursions – snow-skiing in Montana, exploring in Hawaii, water-skiing at Cass Lake. They built a lake house designed by Gary and it became their refuge of peace amidst the woods and water.  Kaye and Gary travelled extensively for work and pleasure. From China to Europe to Mexico and most of the United States, Kaye loved meeting people from all corners of the world and fondly recalled her travels. After Gary’s death in 1996, Kaye slowly transitioned to a new life in Florida to be closer to her daughter Corey. She began sailing in earnest. She participated in team racing as well as sailing for pleasure. For many years she was very involved with races and other events for disabled sailors, forging wonderful friendships. Her sailing adventures took her from Minnesota to the Bahamas to Tahiti. She also continued her love of finance, volunteering with AARP during income tax season. Kaye is survived by her aforementioned daughters; sister Judith Curran; sister Laurel (Jerry) Moran; brother David Nelson; grandsons Tracy (Brooke) Thorsell, Jesse Thorsell, and Schuyler Allen; 3 great grandchildren; beloved nieces and nephews; and first husband Richard Holt. She was preceded in death by her parents and by her second husband, Gary Johnson. Services: a celebration of Kaye’s life will be held in Grand Forks in the summer of 2022 in the beautiful outdoors that she loved so much at a date to be announced. In lieu of flowers, please send memorial contributions to Tampa Bay Watch .