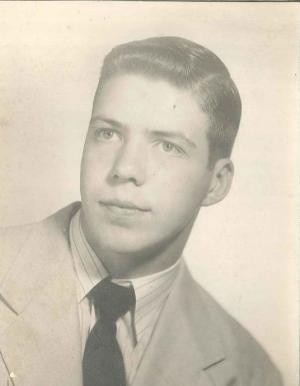 HENLEY, William Armstrong, (Bill) passed away on Monday, August 5, 2019, surrounded by his adoring family. He was born April 26, 1934, in Richmond, Virginia to William & Esther Henley. Bill loved to recount fond memories of growing up in his hometown of Williamsburg, Virginia where he attended & graduated from Matthew Whaley School. At Matthew Whaley, he played both football and basketball and was his Senior Class President. Bill then continued his education at his beloved Washington and Lee University where he was a member of Delta Tau Delta Fraternity, Omicron Delta Kappa leadership fraternity, and played football one year before W&L disbanded the program. He graduated from W&L from the School of Commerce. While at W&L Bill met & married the love of his life & bride of 63 years, Joyce Bass.

After graduation, Bill spent the early part of his business career in Birmingham, Alabama and Richmond, Virginia before moving with the family to Tampa, Florida in 1969. In Florida, he was involved in real estate ventures and financial advising. Bill was also a former member of the Tampa Yacht & Country Club and a longtime member and elder at Palma Ceia Presbyterian Church. Even though he missed the seasons & rich historical heritage surrounding him in Virginia, Bill came to love spending time in Tampa on the bay. Fishing was one of his favorite past times, as well as photographing the beautiful sunsets over the bay. His backyard on the bay was his respite and provided the backdrop for many gatherings & fun times with family and friends.

Bills greatest joy & passion was his love for his family, friends, and community of faith. Bill will be remembered most for his ability to light up a room with his joyful presence and kind spirit. He had the God-given gift of always seeing the best in people and in situations, and when you were around him, you always felt loved and valued. He was faithful, devoted, sacrificially generous and loving. He was affectionately known as "Poppy" to his 7 grandchildren and 5 great-grandchildren who loved nothing more than receiving one of his giant "Poppy-hugs".

The family would like to thank the entire staff at Northdale Rehabilitation Center for all their compassion, love, and care provided.

A Celebration of Bill's life will be held at Palma Ceia Presbyterian Church, 3501 W. San Jose Street, Tampa, FL 33629, on Saturday, August 24th at 11:00 AM, followed by a reception in the Fellowship Hall.