Plant a tree in memory of Chris
An environmentally-friendly option 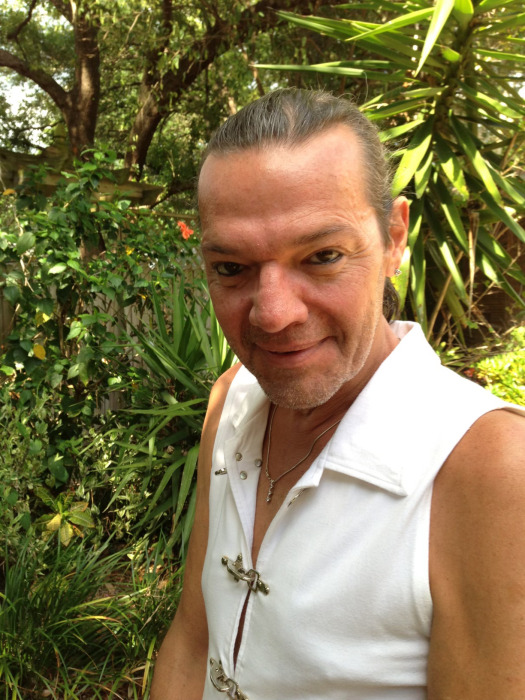 Hoch, Chris James, 59, of Tampa passed on March 14, 2021. Chris was born in Binghamton, New York on December 31, 1961 to parent’s John and Mary Hoch. Chris graduated high school and then attended school for hairdressing. Hoch – as he was then to his friends  opened his first hair salon at age 19 in Endicott, NY with the  financial help from Aunt Anna Mae. He then traveled to Camden, Maine, to open his next salon. In 1981, Chris moved to Sarasota, Florida where he and a business partner, Al Ferrigno, started “New York Hair” which included eight salons! The business was eventually sold in 2010 and Hoch retired. For approximately ten years starting in the early 1980’s, he was the third key executive of Paul Mitchell Products. Hoch’s responsibilities included touring the US and getting on stage randomly to call hairdressers from the audience to teach the new styles and techniques in the industry. His largest audience was around 25,000 hairdressers in the Jacob Javits Convention center in New York City. Hoch had a larger-than-life presence with his warm open-mouth smile, long arms and legs towering over many with his 6’4” frame.  Hoch is predeceased by his parents John and Mary Hoch. He is survived by his life partner William Kalish of Tampa, brother John Hoch of Goose Creek, South Carolina, cousin George Hoch (Beverly) of Hillcrest, New York, Tom (Vana) Tzivanis of Syracuse, New York, relatives including the Tzivanis Cousin’s Club, many other friends and his beloved Lord Sir Bentley of Bayshore, the cutest teacup Yorkie. Private Services will be taking place on April 3.

A 40-Day Memorial Service will be held on Friday, April 23 at St. John Greek Orthodox Church in Tampa, FL, following the Pre-sanctified Divine Liturgy which begins at 10 a.m. Live streaming of the service will be available at https://livestream.com/stjohngoctampa/events/9631627

Plant a tree in memory of Chris by clicking here.
To send flowers to Chris' family, please visit our floral store.

A service summary is not available

Plant a tree in memory of Chris
An environmentally-friendly option

Plant a tree in memory of Chris

21 trees planted in memory of Chris

With loving memories of Chris. So sorry for your loss.. Planting trees in his memory seems so fitting for him! With Love and Sympathy.
James, Jennifer, Ronda and April

we were deeply saddened by Hoch's passing. He was indeed larger than life and a wonderful partner for our dear friend Bill Kalish.

To Bill and other members of Hoch's family.
We were saddened to learn of Hoch's passing and our condolences go out to all of you. We are thinking of you in this time of grief.
He will be missed.
Nadine and Bob Pressner

Bill
I was so sorry to hear of Hoch's death. Our world is less bright with his death.I am sending you, Bill, my heartfelt sympathy on your Hoch's departure. May you and his family find peace .
Diana Winoker

A Memorial Tree was ordered in memory of Chris James Hoch by Diana Winoker.  Plant a Tree

Plant a tree in memory of Chris